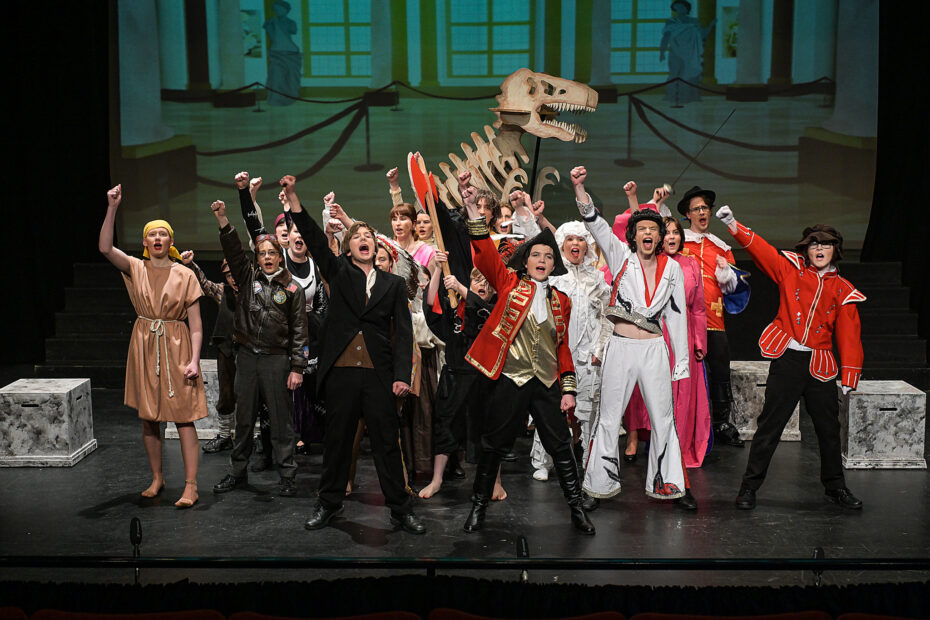 Otago Gang Show ran during the school holidays from 13-17 July with a ‘Night of the Museum’ theme.  75 cast members performed in the show, which was inspired by the movie Night at the Museum where museum displays come alive at night.

There was a spectacular array of costumes and characters (including a 2.7m-tall, 3.2m-long dinosaur skeleton called Barry!) and the music was rather diverse, ranging from Ariana Grande to Alice Cooper.