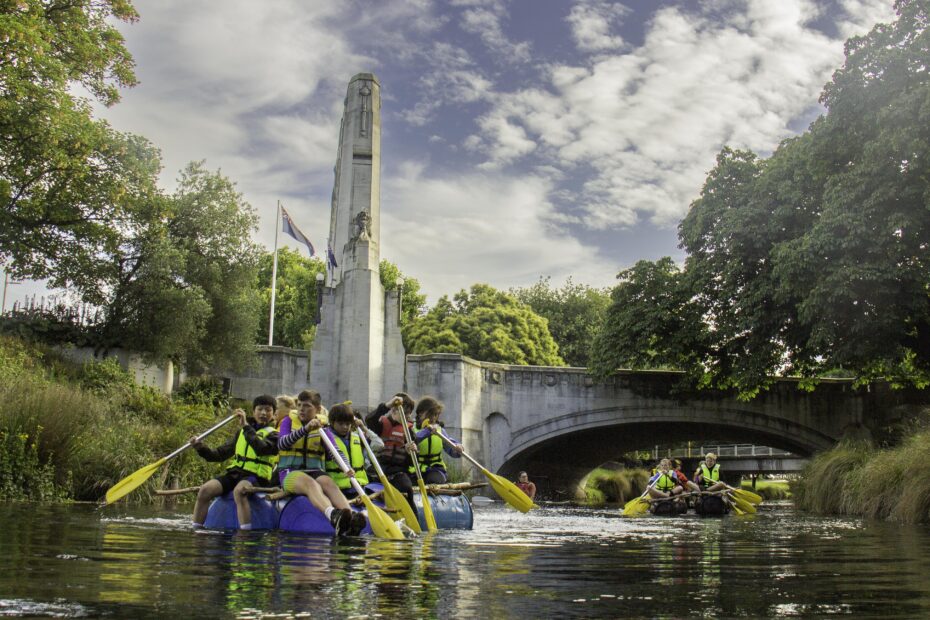 6 Years ago Holmes Park Scout Group started a tradition of a Biannual raft trip down the Avon River in Central Christchurch. This year it just so happened to coincide with this term’s Adventure Week which was water themed! The Cubs and Scouts spent the weeknights before the trip designing and building the rafts, then on the final night of the term headed down to the Christchurch Earthquake Memorial wall and launched the rafts.

Floating through the central city over the past 6 years Holmes Park Scout Group have seen a different view of the regeneration of the city after the destruction in 2010/2011. This year as they floated past the Riverside Market, locals and tourists stopped to take photos and ask who they were. Unfortunately due to the wind they couldn’t use their flags this year. Continuing on they passed the Gormley sculpture and the rebuilt Town Hall complete with its dandelion fountain. Their final destination was the Margaret Mahy Playground where everyone had the opportunity to stretch their legs mucking around in the playground.