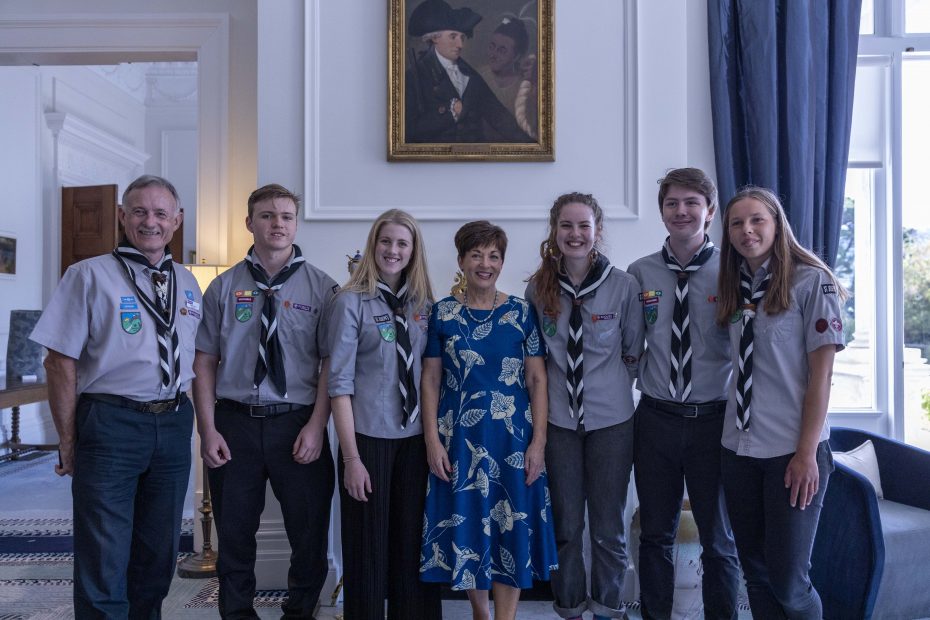 Last Saturday (27 March) our Queen’s Scout Ceremony took place at Government House in Wellington.  It has been a long wait for recipients as the ceremony had been postponed not once but twice due to changes in Alert Levels.  44 youth received their Queen’s Scout Award, 2 their Duke of Edinburgh’s Awards and 7 received both.  Governor-General Dame Patsy Reddy officiated the ceremony and Ella Major spoke on behalf of the award recipients. The day went off without a hitch and a large number of guests were in attendance to show their support.